The OSNS Child and Youth Development Center is starting to ramp up the excitement for its second year of the Tee it Up for Kids Tournament, with the help of NHL legend Scott Niedermayer.

The tournament will take place on Friday September 2 this year.

Niedermayer and his wife have been involved with the organization for a few years now, and she recently took on a role on the board.

“It’s really nice to be part of something like this, we’re able to give back a bit. There are so many great people we’ve met here who work here and the things they do to help families and children in need,” he said.

“I guess my job is just to kind of be, if you’re old enough, the famous guy. If you’re young, then you don’t know and you think ‘Who is this old man?’ he added with a laugh.

The NHL Hall of Fame defenseman first got involved with OSNS during the 2019 Penticton Wildstone Colour4Kids race.

Building on last year’s sold-out event, the tournament will once again infuse developmental themes to give golfers a sense of the challenges facing children in pediatric rehabilitation.

“To see what they offer here for the children and the help they give them and their families, it’s incredible. I mean, it warms your heart every time you see it or talk about it for sure,” Niedermayer said.

A dinner and live auction will follow the tournament, with all funds raised from the golf tournament going directly to support OSNS.

“Last year was a truly wonderful event! Golfers got into the spirit of the cause – things like trying out a little sign language and adopting team names such as The Flintstones or Curious Georges. Oliver’s Fairview team and local sponsors could not have been kinder,” said Manisha Willms, Executive Director of the OSNS Center.

“Having seen all the OSNS does in the community and witnessed the important work they do with children and families, Fairview Mountain is thrilled to team up for this annual fundraising event. fund,” Brian McDonald, general manager of Fairview Mountain Golf Club added. “We look forward to building on last year’s success as we plan for the tournament in September.”

The tournament is currently seeking innovative sponsorship opportunities; inquiries can be sent to [email protected]

Neidermayer said he will play for the tournament in September, but not expect much since he is not famous for his golf game.

“We have been involved in different things over time. We have been blessed in so many ways in our lives and it seems like the right thing to do, to try to give back a little. So we were asked to help and the more we learned, the more we felt, yeah, let’s get more involved.

Golfer registration opens May 2 at www.osns.org 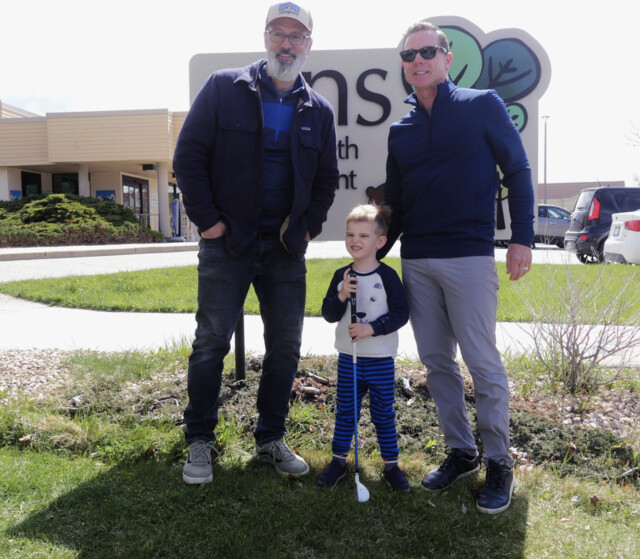