From left to right, Palo Alto High School freshmen Ben Rotblatt, Jeremy Revlock and Yerem Istanboulian line up street number stencils before painting the number on the sidewalk of a house in Midtown on May 22, 2012. The work was part of their service through Youth Community Service. Embarcadero Media file photo by Veronica Weber. 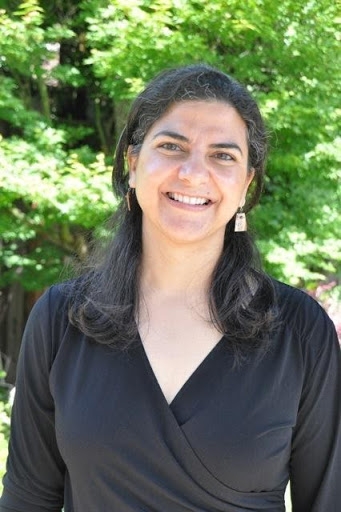 “As we face both a global health pandemic and a national recognition of structural racial injustices, our young people will lead the way in shaping and imagining the world again. As Executive Director, I am honored to learn and grow with them, “Oommen told this news organization in a statement.

Oommen previously served as the Executive Director of Blossom Birth & Family, a center for helping new and future families, from 2008 to 2017. She is a founding member of the Doula Volunteer Program at Santa Clara Valley Medical Center and has served on the boards of administration of the Palo Alto Recreation Foundation. , Mother’s Symposium, California Avenue Area Business Association and Castilleja School Association.

She holds a BA from the School of Foreign Service at Georgetown University and an MA from the Institute of Education at the University College of London. She lives in Palo Alto with her husband and daughter.

Leif Erickson, who has led the Palo Alto-based organization for the past 16 years, will work alongside Oommen during the transition. He will remain involved in the association as a member of the board of directors.