Women’s football at Margate FC continues to grow, with the club now hosting seven teams ranging from U10s to U18s playing in the Kent Girls and Women’s Football League.

The growth coincides with this month’s European Women’s Championships, with England claiming victory on July 6 with a 1-0 win over Austria and now gearing up for the game against Norway tomorrow (July 11) .

One player who has followed the path to the end is Laura Aldridge who played for youth, before making the move to the senior women’s team.

There has been remarkable growth in women’s and women’s football at Hartsdown Park, something Sarah wants to continue.

She said: “We now have seven teams feeding into our senior women’s team, we are running two Wildcat sessions for girls at Hartsdown Park and the demand to play women’s football continues to grow.

“We have girls as young as four asking to start their football journey with us which is so good to see.”

Wildcat sessions are specifically aimed at getting young girls into the game, providing them with a safe environment to develop their game ready to grow in a team environment, or also for them to just enjoy playing football every week.

The girls of the current setup have an added reason to line up behind the women’s national team as many of them were part of a trip to Colchester United to watch their heroes take on Kazakhstan in 2017, seeing the Lionesses win 5 -0.

As well as providing a safe environment to play football, the Youth section offers young girls the opportunity to make friends while playing football, as well as helping them develop in other areas of the game, many girls becoming referees and coaches. in the local area.

Sarah said: “It gives the girls so much more than just an opportunity to play football. It gives them the confidence to develop and make friends, as well as to try their hand at training and coaching. arbitration.

For further information on the Girls section, please contact sarah@margateyouth.co.uk

There are many more activities for young people at the club which is now preparing to host its Holiday Activity and Food (HAF) programme.

Funded by the government, the program aims to address food poverty, inactivity, isolation and learning loss among children, through activities and the provision of a hot meal and snacks healthy.

Margate FC will hold the program for primary school children for four weeks between July 25 and August 18 at their home in Hartsdown Park.

Each day, activities will run from 9:00 a.m. to 1:00 p.m., offering children the opportunity to participate in various sports activities, such as football, dodgeball and rounders.

There will also be arts and crafts workshops and other workshops. All children will receive a healthy meal each day as part of the program. Book through the online voucher system, using voucher codes issued by your child’s primary school. 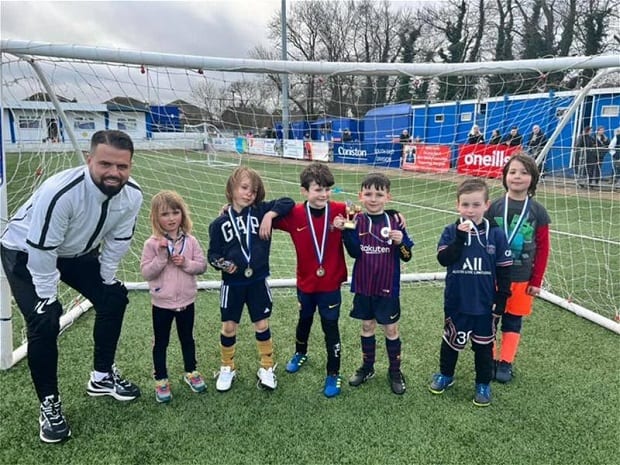 There will also be the return of Margate FC’s summer school in August.

Sessions take place from 10 a.m. to 3 p.m. and are aimed at young footballers between the ages of 4 and 12.

An additional early deposit service is available from 9am each day at a charge of £3 per day.

Brought to Hartsdown Park by Margate Youth FC and Margate FC Community Trust. All the youngsters need to do is bring shin guards, a packed lunch and water.

The FA Youth Cup U18 The draw resulted in Pat Sucliffe’s side being drawn to Sheppey United for the extra preliminary round. The match will take place at Total Power Stadium the week of August 15. Should the U18s manage to claim victory against Sheppey United, another away trip, this time to AFC Croydon Athletic for the preliminary round, awaits them. This meeting will take place at Mayfield Stadium the week of August 29.